Review of National Tennis Tournaments in Nigeria in the Year 2019

For Nigerian tennis players, the 2019 tennis season did not kick off until June even though there had been a three-week ITF (International Tennis Federation) event in Abuja a few weeks earlier.

Nigerian tennis players would generally acknowledge CBN (Central Bank of Nigeria) Open as the first national tournament of the tennis year, not only because it “truly” is, but because international tennis tournaments played in Nigeria seldom give them anything to cheer about.

Therefore, the CBN Open, holding in Abuja for the second consecutive year ushered the players “officially” into another season of top local tennis competition.

The 41st edition of Nigeria’s longest running tennis competition further announced Oyinlomo Quadre to tennis observers and followers in Nigeria. The (then) 16-year-old gave all the top, experienced and very good tennis players a run for their money.

Quadre won the CBN Open Women Singles final against the legendary Christie Agugbom without dropping a set, a feat which characterised her performance throughout the competition. Quadre won 6-1, 6-0.

In the male category, Sylvester Emmanuel defeated one of his tennis tutors and Davis Cup captain, Abdulmumin Babalola in two straight sets 6-4, 6-4 to set the tone for what would later become a hat-trick of titles in 2019.

After the tennis ‘festival’ in June, the players had to wait until November before tasting national tennis action again; this time, it was in Kano.

Imeh denied Emmanuel a second straight title when they met at the Dala Hard Court Championship in Kano. The 2016 winner perfectly defended his title as he defeated his closest rival in front of a packed crowd with a 6-2, 6-3 win.

He lifted the trophy for the second consecutive year and smiled to the bank with his 1 Million Naira cheque. In the female category, Quadre, Africa’s number one junior female tennis player proved to be a handful for tournament hopeful, Anu Aiyegbusi, as she won her second consecutive national competition without dropping a set. The match ended 6-2, 6-0.

In December, Emmanuel, regarded as Nigeria’s ‘king of clay’, lived up to his pre-tournament billing at the Rainoil Open Tennis Championship, as he ran riot with his strokes while competition lasted inside the Lagos Country Club, Ikeja, which hosted the event.

He ensured that Joseph Imeh, playing his third consecutive final at the tournament tasted defeat for the second time while he picked up his first silverware in the competition which splashed over 5 Million Naira prize money on the Nigerian tennis players. The match ended 6-2, 6-3.

Meanwhile, like in all other national tournaments of 2019, Quadre again claimed the women’s singles title without dropping a set. For the second time in as many finals, she had the better of Agugbom with a 6-1, 3-0 (rtd.) win.

Emmanuel, a former Barcelona Spain-based player won his hat-trick of national competitions when a week later, he returned to Abuja to defeat Imeh, a fellow Davis Cup player to lift the men’s singles trophy at the Vemp National Open event.

The Nigerian number one lost the first set 2-6, but rallied in the second to win 6-4, before forcing Imeh to retire.

Unlike Emmanuel, Quadre made it four out of four wins, in four consecutive finals and without dropping a set, yet again; to win what is now famously regarded as the Nigerian Slam. Quadre who trains in Morocco defeated Agugbom in their third final of the year with a familiar 6-1,6-0 scoreline. 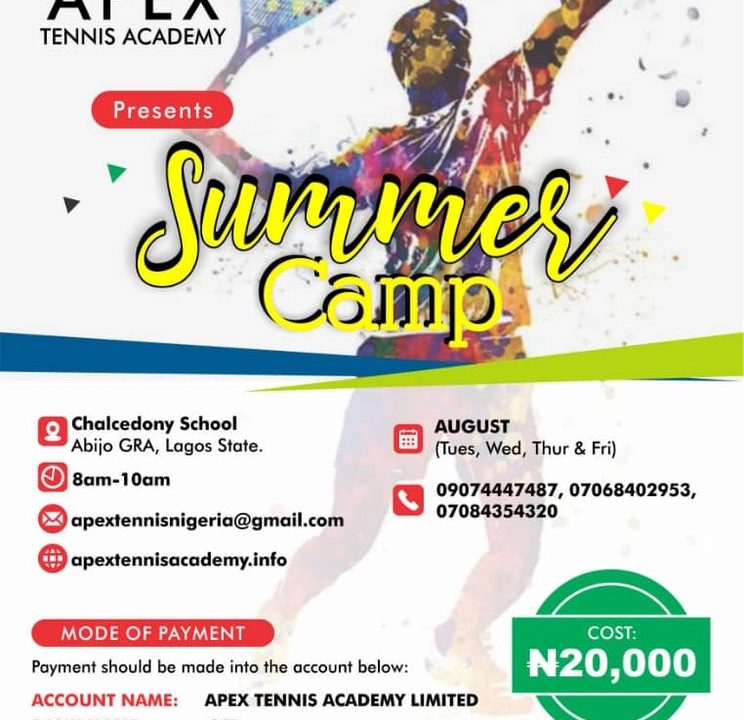 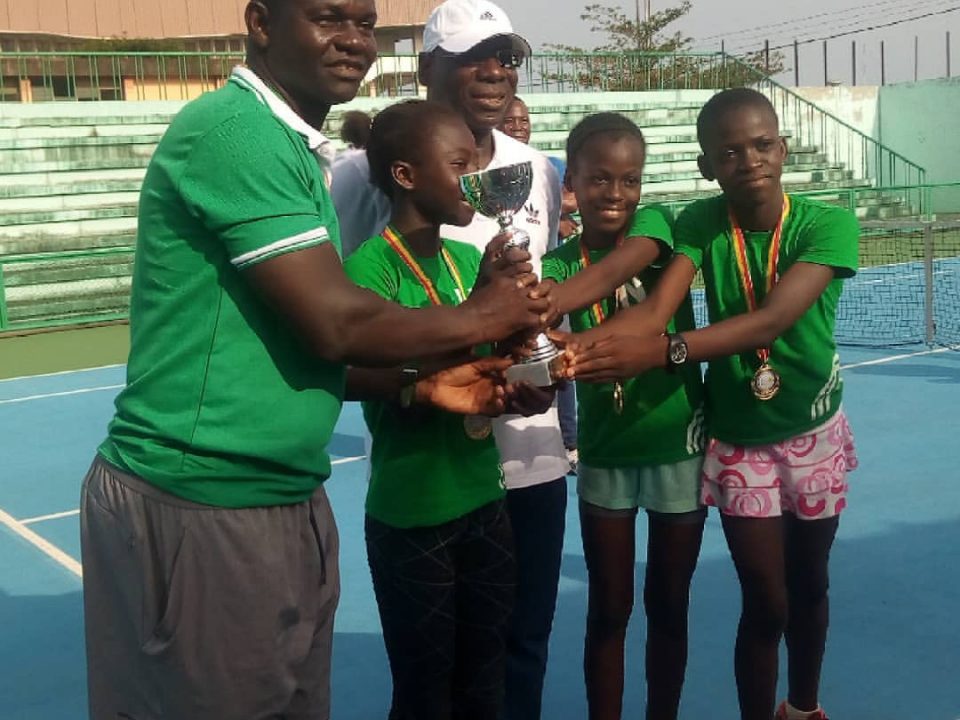